Eric Kalmus is a husband, and father of three. He is a long-time child rights activist and IT professional. Born in New York, he currently lives in Los Angeles, California. 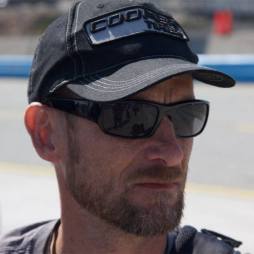 Eric has devoted his life to fighting for children’s rights, with several compelling reasons that led him down this path.

On two separate occasions during his childhood, Eric and his older brother were taken from their habitual residence without court order. The first time, as an eight-year-old child, he was taken from one county in New York to another. The local courts remedied this quickly and he was returned home. On the second occasion, he was taken across state lines. Not understanding what had really happened, Eric was at first excited about the new life he had living in Los Angeles. This “honeymoon effect” didn’t last long and he came to understand that he was not going back. Eric began saving his money so he could go home. By age 14 he had enough to purchase a one-way airplane ticket home. Midway through the school year, Eric made his move. He emptied his bank account, and flew back to New York. Parental abduction has had long lasting and devastating effects in Eric’s life.

In 1995 he decided on a major life-change and moved to Japan. Eric fell in love, married a Japanese woman and they had a daughter a year later. In 1998, the couple decided to divorce, and Eric’s ex-wife denied him all further contact with their daughter. It was as though the world had been pulled out from underneath Eric. As an American, it was an incomprehensible shock to learn that other countries didn’t have the same custody laws, or customs as the United States. Eric had lost all parental rights upon divorce. Devastated, he lost his fight to see his daughter as well as his spouse Visa.  Eric returned home to California at the end of 1999.

It wasn’t until 2003 that Eric found other fathers who had been dealing with the same loss. One of the fathers invited him to help create the Japan Children’s Rights Network website to share information about the lack of enforceable family law in Japan and the possible consequences of divorce. This gave him some hope that even though he may not be able to rectify his own situation, he might be able to help others facing this awful scenario. The comfort he found in helping other parents and children fueled his desire to become as knowledgeable on the subject as he could. The Japan Children’s Rights Network website, www.crnjapan.net, has hundreds of pages of news stories, personal accounts and resources for left-behind parents as well as law and other resources for attorneys.

The knowledge Eric gained from a lifetime of work in the parental abduction field has allowed him to further assist parents after abduction. He acts as a legal advocate and court certified expert on international Parental Abduction. He guides people through the difficulties of dealing with legal systems throughout the world. However, legal assistance doesn’t resolve all cases. Eric is also a child recovery expert. When needed and when in the best interest of the child, Eric’s company ABP World Group will organize and dispatch specially trained personnel to recover children from dangerous situations.  An Abducted child is not a safe child.

Eric’s main objective is always to put a child’s best interests first, and preserve their right to know both mom and dad. He has worked on approximately 500 cases since 2003, and has been instrumental in reuniting hundreds of children with their parents from working in numerous countries across 5 continents.

In this line of work, having people openly oppose the work Eric does, or attempt to thwart his efforts simply goes with the territory. Even with this opposition, Eric continues to press on, knowing that his objective is protecting children’s rights.

“You have enemies? Good. That means you’ve stood up for something, sometime in your life.” -Winston Churchill